What impact is LTE-U having on Wi-Fi? How can you tell?  Unlicensed LTE technologies use the same 5 GHz spectrum like Wi-Fi. In this episode Veli-Pekka discusses different LTE technologies and how they are expected to co-exist with Wi-Fi. You can watch his full presentation from WLPC HERE. 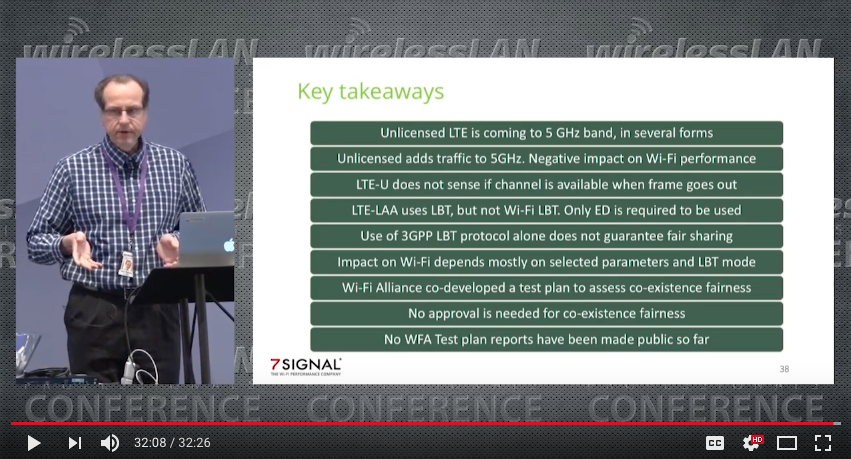 Before VP talks LTE-U Keith and Tom Carpenter discuss some more of the “uncommon” WLAN Testing tools you may not have thought of utilizing before.

What are some of the accessible/free “tools” or resources you already have available with your standard OS that you could use to help troubleshoot Wi-Fi? Just about every OS has some sort of CLI and have it some run some scripts. Tom shares some tips/tricks and tools he’s developed to provide even more ways to see what’s happening with Wi-Fi.

Keith was interested, not only in finding out what some of these tools are but also how and why Tom came up with these.

You can watch Tom’s original tutorial video on some of these tools in action.

You can view some of the scripts Tom referenced at his blog www.Tom Carpenter.net.

Finally be sure to subscribe to the CWNP News Letter HERE