I know people call me the ‘gadget man’ – even to my face sometimes. And so to stay on the ‘cutting edge’ of gadgetry, I went down on Friday to the local AT&T store and picked up a new iPhone 3G S – only about 15 minutes, in and out. 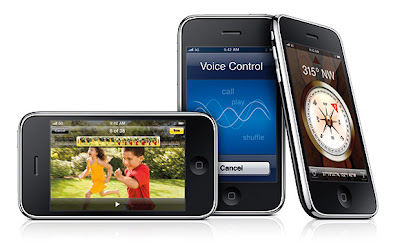 The first thing I did, before even turning it on, was to go to the ‘Invisishield’ place in the mall to get a little protection put on.

This way I can get a newer phone, Jill can get a much faster phone with more space, and we’ll have the 2G to help someone else get onto the iPhone bandwagon. (Perhaps someone who had an iPhone but it somehow stopped working… 😉

It is a bit faster, has built-in compass, takes videos, and little things like that. It’s also 32GB compared to my old 16GB, thus I can carry more videos with me on trips. Additionally, it should have the ability to carry data in the future.

But best of all, it has a much better built-in camera. With auto-focus. It is far superior to the older iPhone 3G I had before.

Here are some comparative photos – things that I use my camera for, like taking pictures of peoples’ business cards. (try using this with Evernote to have a great searchable record that’s available on you laptop, phone, or via Internet)

Now with this better focus, and better resolution this process will be much improved.

Can you tell the difference between the 3G and 3G S? 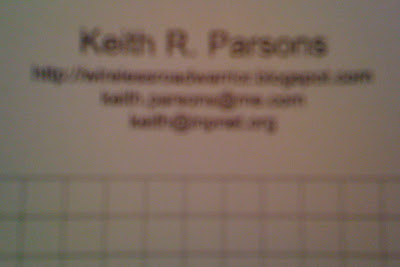 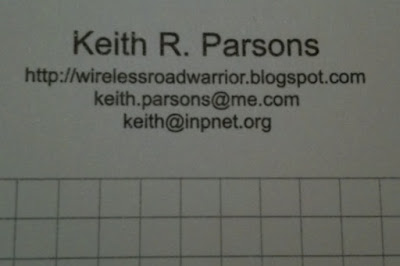 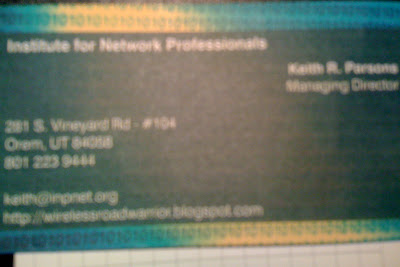 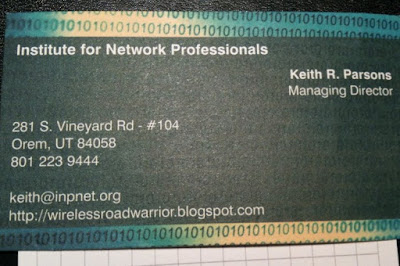 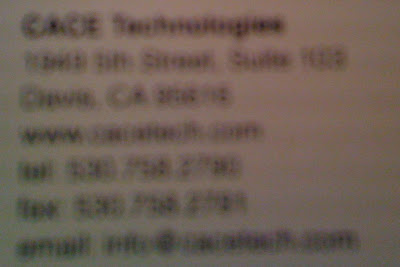 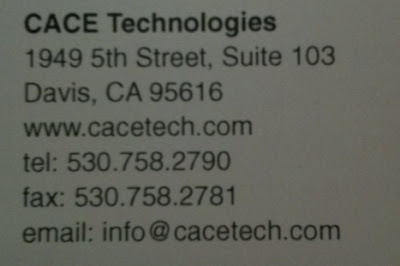