Donal O Duibhir presented at #WLPC_EU in 2016 about the problems with the state of hiring and verifying candidates wireless skills.

You can watch the full presentation here.

Problems With the State of Hiring 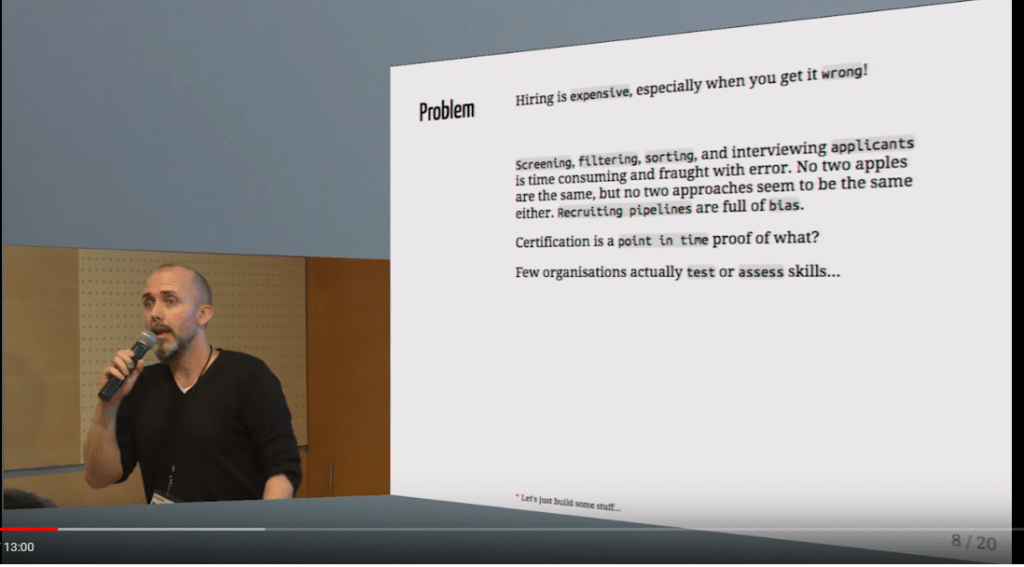 What is the problem? Hiring itself is a very expensive endeavor, especially when you get it wrong. A lot of the time, if you’re dealing with other third parties they are an in-house screening and filtering and sorting applicants to candidates is very time-consuming. It’s expensive in other people’s time and in resources.

Recruiting itself is subject to a huge amount of bias. Based upon the people who are doing it, certification is great. But is it a proof? Few organizations that I’ve dealt with will actually test or assess people’s skills.

I wanted to get from applicants to candidates, faster and better and the idea of simulation based hiring is to get people to demonstrate their skills one point at a time in a multidisciplinary approach. 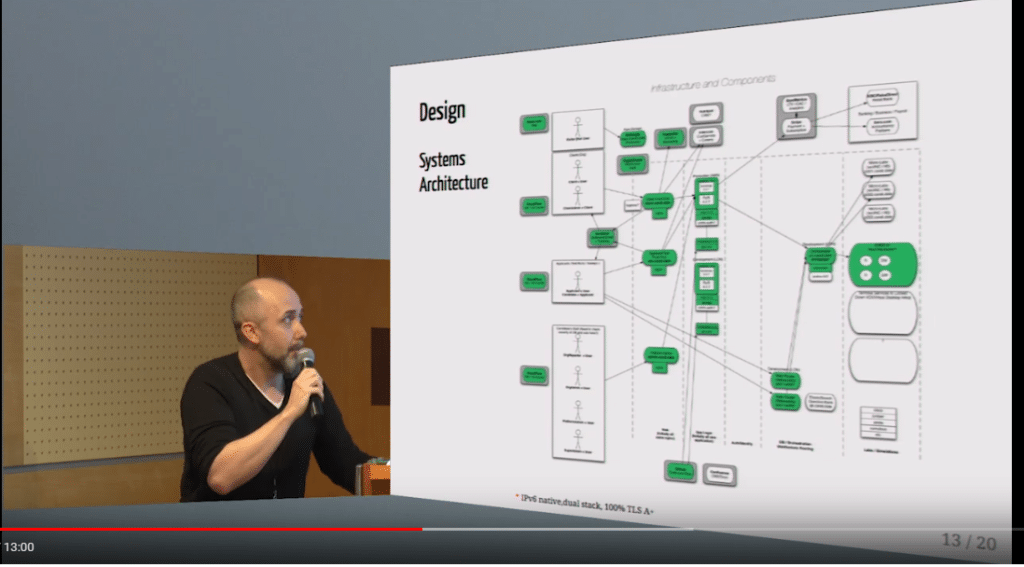 I decided to build a platform, then suddenly I realized it was going to be aimed at clients. There is a need for an applicant or a practitioner admin environment. I built that sort of dev prod back-end labs.

One of the things I realized very quickly was it’s quite easy to virtualize a lot of the wireless stuff. But how do you do it for lots and lots of wireless clients?

People talk about full-stack engineers. I suddenly realized I had to do a lot of design. I wanted to do some of the stuff myself, so they would know what I was doing in terms of hiring contractors. I didn’t want to be one of those people that had the wool pulled over their eyes.

I decided I was going to just copy the infrastructure as a UI service providers. But, I realize that was expensive to do in terms of customizing all the things, so I used frameworks and customize it. 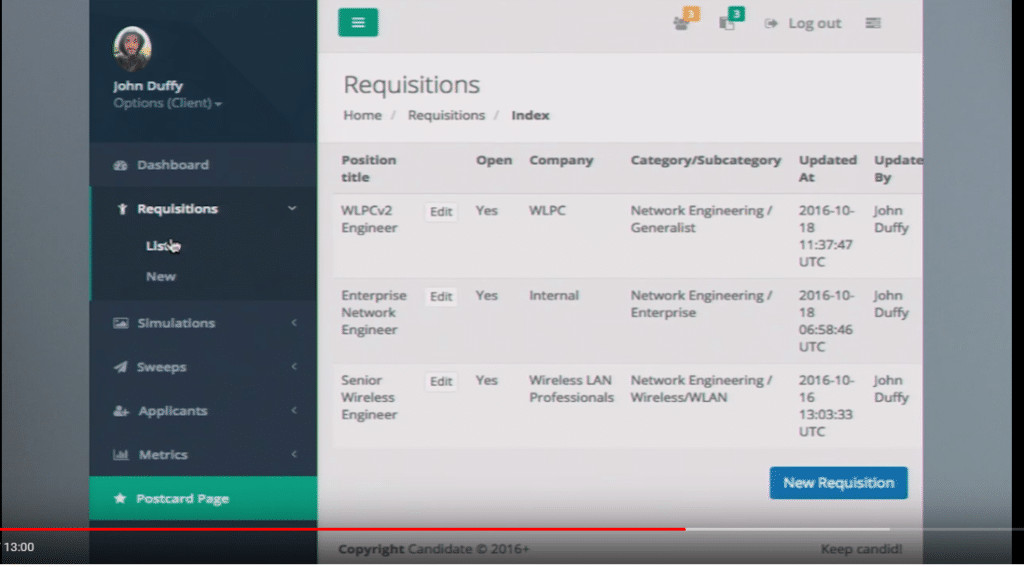 This is a client environment, a client interface which would be for recruiters or internal hiring teams. Basically, you have a requisition or you have a job description, which you would set up if you’re an internal team or you could be hiring for an external company if you’re a recruiter.

The idea was to abstract some of the classifications or categorizations into the system. You could categorize the role. You could also put in the position description and basic skills matching is not a very hard thing to do.

Contests for soft skills or psychometrics is still a hard skills platform, but the idea was that your hiring team just had to know the skill sets that were required and there is also a time box.

You would then send out this assessment to the applicants and they would complete it within a certain time frame and you can score them. 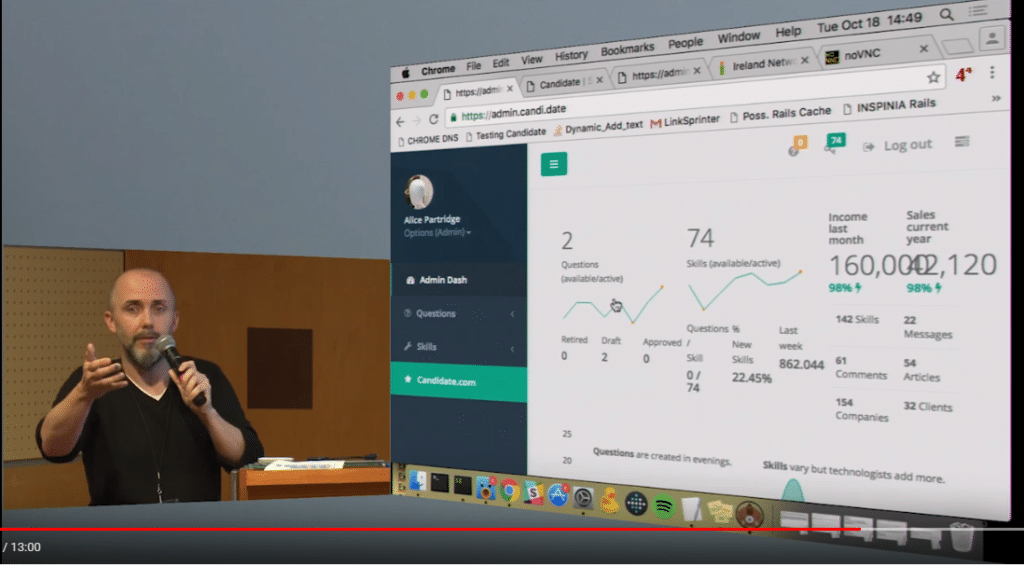 I’m still working on the front-end applicant practitioner based environment. The idea would to go and connect into an environment which would be a console.

You basically write a question and then you have a multiple choice environment. But you actually console into a lab or into a virtual lab and in real time you have to interrogate the lab for the answer to the question that you were having.

There are other platforms out there like HackerRank that can kind of do this in terms of codes. I don’t know if you’re aware that HackerRank was very specifically for software. What I’m trying to do is to build this for infrastructure that has more deterministic outcomes in terms of questions and answers.

One of the things I would throw out to the community would be, if you were testing for a Wireless skill set apart from going into a controller and looking at the config elements or asking someone to pull out stanzas of code or IPS or settings, how would you test for a large-scale simulation or an environment?

Maybe you could do packet captures and you could turn to serve into a remote desktop, which comes back to the earlier question about testing and validation but more from a skills perspective. 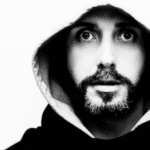 Have more questions or feedback? Connect with Dónal via twitter.