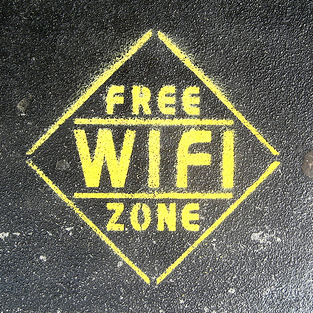 In light of the latest ruling by Apple over the inclusion of WiFi Scanners on the iPhone and iPod Touch… for those of you who might not have heard–Apple removed from the iTunes store any app that used ‘illegal’ calls outside the approved SDK information to listen in on the WiFI card and use this information as a WiFi Scanner.

I was going to post a review of the various iPhone app WiFi Scanners… instead I’ll do this one on Macintosh WiFi Scanners. 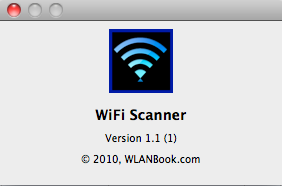 First is a new totally free application from Zaib and friends over at WLANbook.com blog. Zaib has done a great job on his blog, offering useful and timely information on Wireless LANs as well as some pretty cool downloads to help you with your Wireless LAN. The latest tool from WLANBook is called Wifi Scanner. 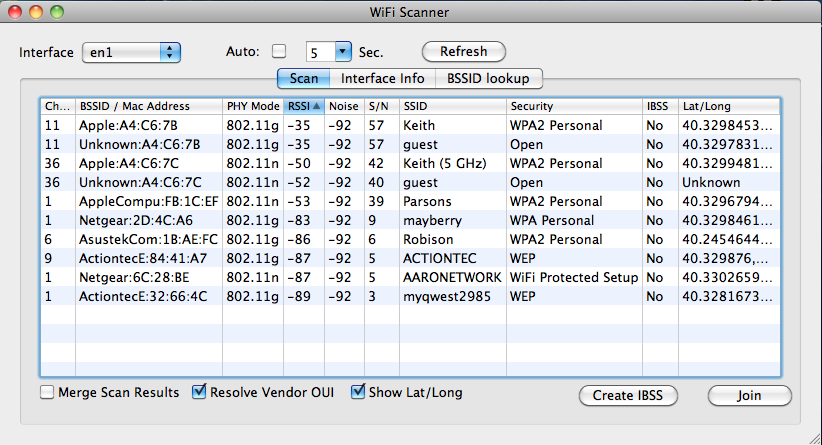 Additionally, WiFi Scanner gives you detailed information on your current connection and about your own Wireless Interface card.

WiFi Scanner uses the actual dBm in its’ signal strength – showing RSSI, Noise and SNR. As well as MAC address and an optional Vendor OUI lookup.

A really cool extra feature in WiFi Scanner 1.1 is the ability to click on one of the rows in Scan view and open a new window that allows mapping of the AP in Google Maps and/or Google Earth. 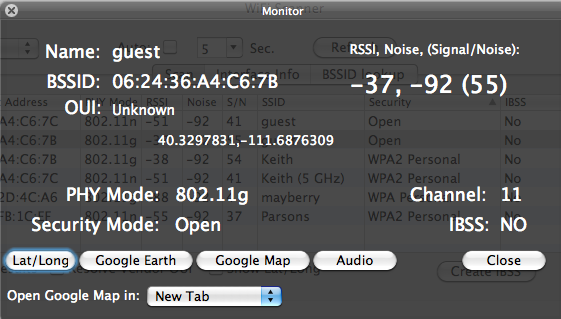 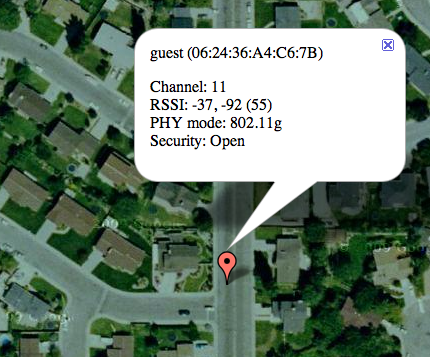 Thanks for offering this to the community for free!

Next up is the donationware iStumbler. This tool has a ‘donation’ suggested price of $20.

This tool also includes not just the WiFi information around you, but also Bluetooth and Bonjour services nearby. You can easily modify and adapt the interface to best suite the information you’d like on the WiFi services around your Macintosh.

This interface is more ‘fixed’ in your choices of columns, but you can move them around, and sort by any column. Included is a ‘visual’ signal strength meter – an easy-t0-read view of RSSI. (for those who like pretty bars in addition to the hard numbers in percent of signal strength.)

iStumbler also has the ability to graph not only the signal strength over time of the AP you are connected to, but also any of the APs you’ve been seeing within range. A nice extra feature to be sure.

You might think of this as a free option, but it is actually shareware. If you choose this as your option, be sure to give back to the developer to support further shareware offerings. 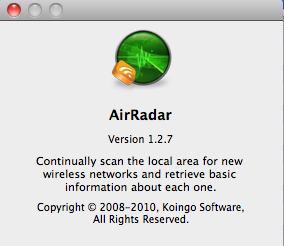 The final application in this review is Koingo Software’s AirRadar. Currently part of many utilities bundles, but also sells as a stand-alone piece of software for $19.95 (for individual use – other options available)

This WiFi scanner also has an easy-to-configure interface. With many options of column data available to choose from. Including:

Way more that you probably need, but this information is available and can be shown in sortable columns if you’d like.

Like iStumbler, AirRadar also can graph the signal strength over time, but also noise over time, of any of the APs you can see.

This is a professionally produced and sold application – it will cost you at least $20 – but is the most flexible of the three alternatives.

I personally keep all three installed on my machine. For the cost – it’s easy to have all available. I have to admit, I’ve had AirRadar in my dock and use it frequently — but after doing this review I’m leaning a bit towards adding iStumbler back to the dock for it’s additional capaiblities with Bluetooth and Bonjour.

I’m still torn between the WiFi Scanner’s reporting in real actual dBm and the other two showing RSSI in a percentage. I think they have been targeted at different audiences. Not everyone who needs a WiFi scanner understands the nuances of negative dBm.

WiFi Scanner is a great free alternative, fast, easy, uses dBm, and the price is right.