All About Wireless LAN: The Answers to Your Questions 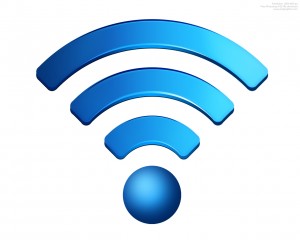 You found me!  Every week, we aim to answer 3 to 4 questions posted all around the web that talks and asks anything about wireless local area network (WLAN), from the basics up to the advanced level of understanding how it works, what’s hot and what’s not, the ins and outs, the tips and tricks, and lots more. We want to make this a resource or a place where everyone can gain insights and eventually help novices/beginners deepen their level of understanding about WLAN.

Today, here are the answers to 4 questions we thought you need to know:

Yes, in order to communicate on a wired or wireless network, your device needs an IP address. For a wired computer, when you connect the live cat-5 cable to the Ethernet port, it triggers a series of events within the device to request an IP address over that connection. In a wireless situation, the client device first must choose an Access Point, then associate to the Access Point. When that process is complete, the same trigger is tripped, and the request for an IP address works just the same at that point as wired.

2. On Ad Hoc mode, do you get IP addresses on each Wireless NIC on each computer?

In Ad Hoc mode, and by the way no one should ever use Ad Hoc mode, two or more clients talk with each other. Since there isn’t a DHCP server, then all of the client devices default to an IP Address process called AIPPA – or Private Addressing, resulting in IP addresses with 169.X.X.X format. They can then communicate, but only with each other, since there isn’t a connection to the Internet.

Ad Hoc is an EVIL thing… the #1 way to hack into someone’s wireless computer.

3. On the Cisco Press Book it says that [Ad Hoc or IBSS] means or does ‘Allows two computers to connect directly. No AP is needed’ so does Ad Hoc connect only two computers?

You can have more than two computers in Ad Hoc mode, but for each additional computer, there will need to be a connection established between each and every other computer in the same Ad Hoc network. It soon grows unwieldy. By the way – since no one should be using Ad Hoc mode, we probably shouldn’t even be talking about it. I don’t want to encourage anyone to even try.

4. To implement a wireless LAN that doesn’t connect you to the internet but uses an Access Point, do you need to be connected to a Router or Switch?

There are two main types of Access Points. Both have as their main purpose to take Wireless Frames, called 802.11 Frames, these are those that go over the air as wireless packet, and convert them into Ethernet 802.3 frames and send them on their way over the wired network.

In a SoHo Access Point, they have added functionality. So these types of home office devices also do the 802.11 to 802.3 conversion, but have other networking features, they may have a small internal switch, with 4-5 additional Ethernet ports. They may also have an internal Router for routing packets of a local area network, or over to the Internet. They usually have other services like DHCP to hand out IP addresses, DNS to help devices find things on the network, etc.

You might think the ‘all-in-one’ devices would be more expensive since they have more features. But the opposite is true. Home devices are very inexpensive, and yet do lots of things… but only for a handful of client devices. They are made for small number of users. Enterprise AP’s on the other hand, are made to do one thing, but do it for hundreds of client devices. Enterprise AP’s have other features, manageability, the capability of working with other Access Points to make the RF environment better, etc. These cost 4-10 times more than SoHo AP’s.

I hope this helps.