There once was a good king named Harald… 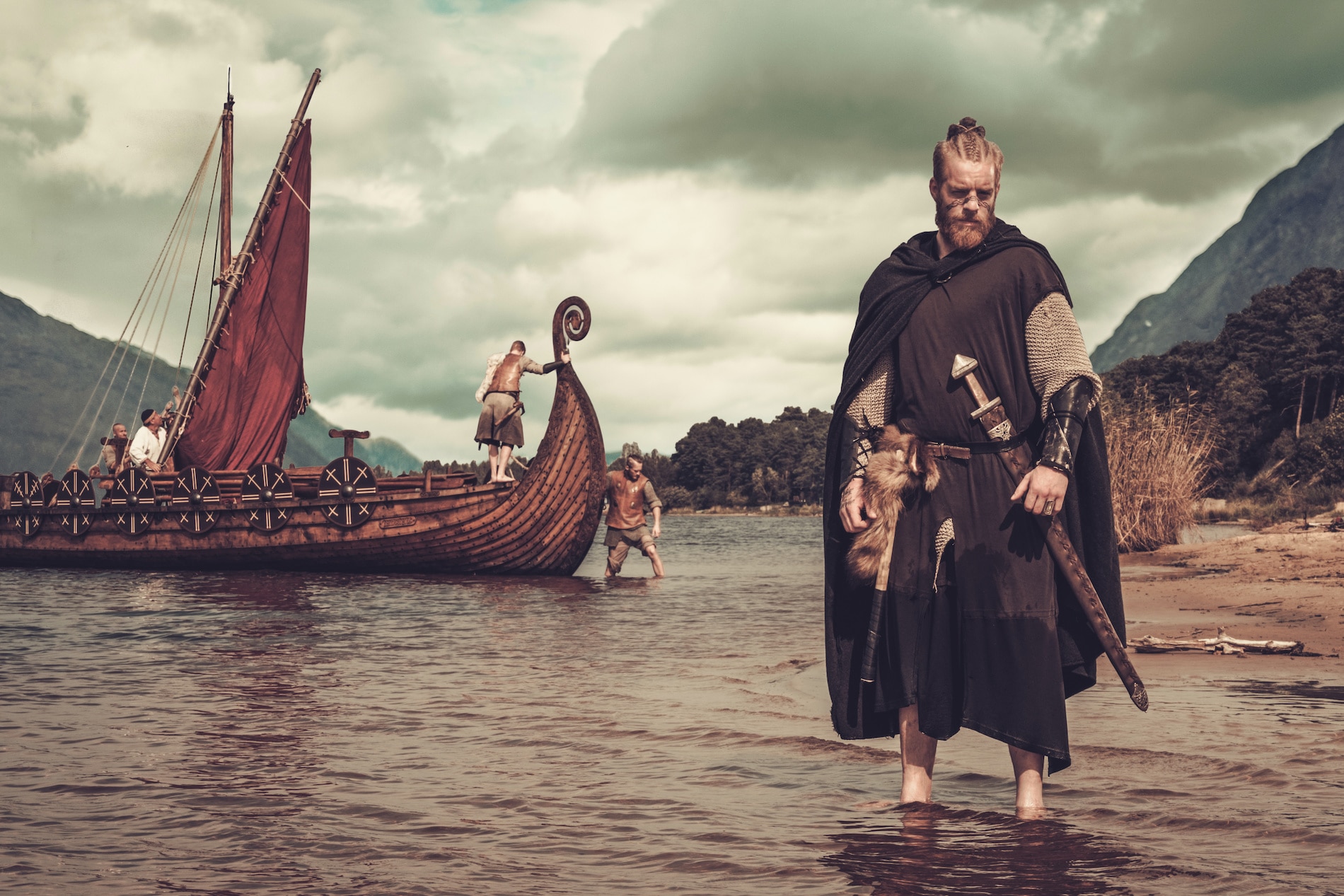 Way back in the year 960, King Harald, united a disparate group of Danish and Norwegian tribes into a single kingdom… We now use something named after his old-Norse nick-name of Blatant, with roughly translated means Blue Tooth.

A researcher at Intel, Jim Kardach, was reading some history of the Vikings and King Harald – since he believed this new wireless technology could provide a unifying standard… he thought to name it after Blue Tooth… The logo is also representative of this same nickname. Harald’s initials were made in 10th century carvings as a combination of runes – a bind rune merging the runes (Hagall) (ᚼ) and (Bjarkan) (ᛒ), Harald’s initials.

Bluetooth is now used throughout the world…

– using a frequency-hoppy spread spectrum in the 2.403 to 2.4835 GHz. Yep – same frequencies as 802.11. This mode of spread spectrum technology is closer to what Hedy Lamarr and George Antheil had initially proposed in their FH Spread Spectrum patent.

You first must setup a ‘pair’ between the Tx and Rx – this relationship allows for back and forth exchanges of frames. These are precisely timed, and matched to a radio’s clock. The mast clock ‘ticks’ at intervals pre precisely 312.5 microseconds. Two clock ticks make up a slot of 635 milliseconds, and two slots make up a slot pair of 1,250 microseconds. The master transceiver Tx on the even slots, and Rx on the odd slots.

Bluetooth divides transmitted data into packets, and transmits each packet on one of 79 designated Bluetooth channels. Each channel has a bandwidth of 1Mhz. It usually performs 800 hops per second. Bluetooth Low Energy (BLE) uses 2MHz spacing which allows for only 40 channels.

Bluetooth started with FSK, then by 2.0+ model to QPSK. Originally only 1Mbps – but the newer versions can do 2-3Mbps.

Most of our devices use Bluetooth 4.2 – but it is getting a little ‘long in the tooth’… since it’s been around since 2014. There is a newer Bluetooth 5.0 that is only a year old – it is now starting to gain traction.

In our testing with a variety of RF interfering devices… Bluetooth is incredibly resilient and works despite huge amounts of RF interference.

The next time you pair a Bluetooth device, take a moment and think of all the efforts that have gone into this ubiquitous wireless protocol!