Ever wonder how the WLPC mobile WLAN testing tool came about? 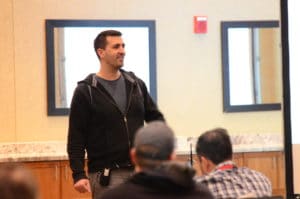 In this episode, Jerry and Keith talk about how the mobile WLAN testing tool was developed and why, its different iterations, and where it might be headed in the future. Having a small, powerful, mobile WLAN testing tool was something Jerry Olla had been experimenting with. The idea intrigued Keith, and he ended up asking if Jerry could create one for WLPC. After much experimenting, trial and error, feedback and testing, he has created a great tool benefitting the entire WLAN Pros community.

Want your own mobile WLAN testing tool? We have some available at the store HERE – get them while supplies last.

The final version of the tool was built using the NanoPi and comes pre-loaded with several testing tools. Here’s a picture from WLPC during the class where students are going through the sample tests designed by Jerry and Scott McDermott. 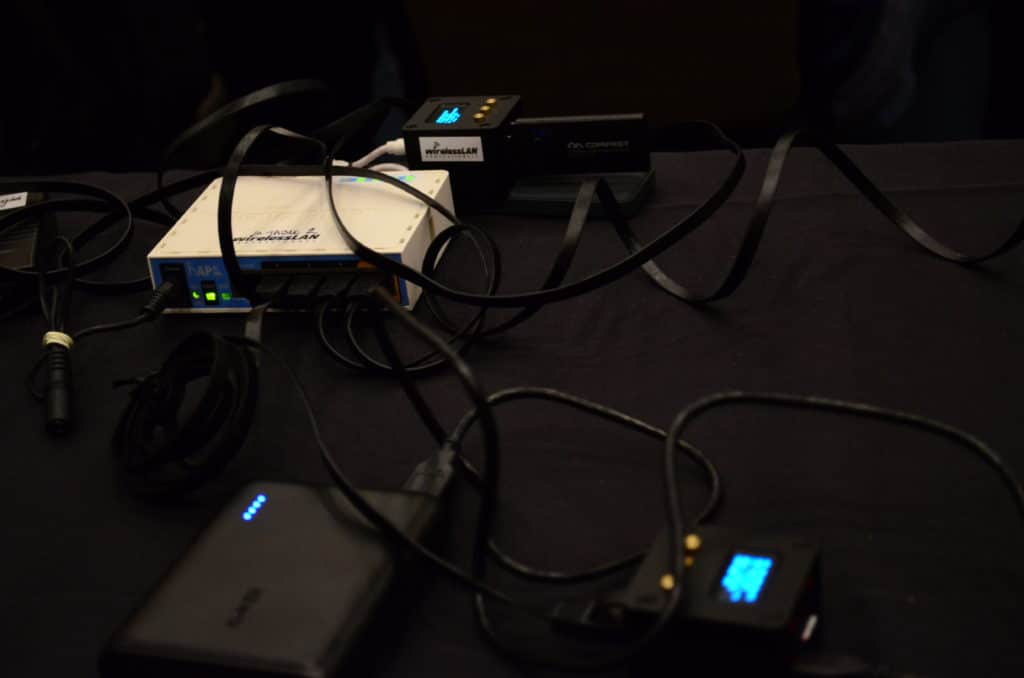 Jerry said the idea came for developing this tool when he had been at a company working with voice over Wi-Fi type deployments. He wanted to test the readiness and resiliency of the networks he was working on to ensure they could support the type of traffic they were deploying.

“I needed to go to different sites and quickly deploy this throughput testing device. It needed to test the throughput and the consistency of the network. Measuring things, particularly like jitter, on the network to see if the networking was fluctuating. Was the network going fast-slow-fast-slow or was it running at a consistent speed end to end? I needed to not only test the Wi-Fi but also the wired piece where the head end of the voice server would be.”

After a few iterations Jerry stumbled onto the ODROID. He found it could easily support different Linux kernels, and it was up to date, supporting all the packages he needed for it to work well. It even had a nice form factor similar to that of the Raspberry Pi. It was nice and small and really low-power so could be easily powered by a battery.

There were still some issues with cases and a good display screen. The current evolution, which seems to have hit all the pain points and is what was introduced at WLPC Phoenix 2018 is the NanoPi.

Here’s what Jerry says about this version of the tool. “We found a new hardware platform that’s still the same concept but it’s now built off this NanoPi infrastructure and the board we are using is called the NEO2. It has a Gigabit Ethernet port. It’s capable of doing 800 – 900+ megabit per second throughput making it great for testing things like the latest and greatest 802.11ac, and APs. The NanoPi provides all the functionality we needed but in an even smaller form factor.

It is a tiny little cube and has a small LCD screen on there that’s actually OLED based making it a nice clean, crisp text output. It’s nice and bright. It is fairly small but still easy to read. It even has some buttons built in. We get a lot of the same functionality that we had in the ODROID but with an even smaller form factor and in a more robust, metal case. You can throw it in your bag and not have to worry about something crushing it or it having any problems down the road.”

Read the full transcripts of the interview with Jerry HERE