This is a blog post about Public Wi-Fi opportunities. Of course, these are just the opinions of this author. But it comes from interviews with hundreds of customers. 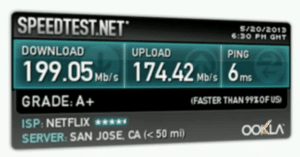 Many in the WLAN industry who like to sell solutions to their customers might find the attitudes reflected in these posts as counter to them making more money. But the reasons for this series is to make folks think. Think about how you PERSONALLY would like to access Wi-Fi.

So please read and think about how you, your friends, your family, and others you know would LIKE to have access to Public Wi-Fi.

Customers want a fast Internet connection. Well, at least they want to feel like their Internet access is fast enough. The issue for end users is based around getting their apps to work in a timely fashion. For many this is a simple as providing Facebook, Twitter, and email. For others it is providing enough bandwidth for watching Netflix or HULU in HD quality.

The provider of Public Wi-Fi is totally in control of this. If a hotel has 200 rooms, and anticipates an average of 1.5 devices per room. Those 300 devices will use some portion of their aggregate bandwidth. Of course, not all at the same time. In the telephony world, we’ve used an Erlang function to help anticipate and plan for bandwidth requirements. You could also use such a technique to help your customers estimate what their site backhaul capacity needs to be.

Find what the expected application with the greatest bandwidth need. Calculate the average number of devices needing that bandwidth at any one time. This simple technique will get you into the ballpark of what the aggregate site bandwidth will need to be.

One way to test this is to use the favored Speedtest.net. This method can be easily fooled by the upstream ISP – or by traffic variability.

In one client test we were accused of having inconsistent and ‘slow’ Wi-Fi connections. So we faked out the customer and hooked up a laptop directly to their ISP’s Ethernet connection. Taking out all on-site variability, cutting out all Wi-Fi, and testing only their ISP’s connection alone. During the test, we made no changes at all, no movement, no configuration changes, nothing on our side of the connection changed at all. But the results varied from 3Mbps to 30Mbps.

The customer then voiced his complaints, “See how terrible the Wi-Fi is! What are you going to do to fix it?” – he was then quite astonished to learn there was no Wi-Fi, but the variability was exclusively within the ISP and the upstream connections to the tested Speedtest.net server.

Many have learned, end-users included, to do a Speedtest.net test to gauge Internet connectivity. Thus getting huge variability in results. Many ISP’s have noticed this trend and have placed special configuration settings to give priority – even false priority – to Speedtest.net frames to speed them far beyond what would happen to ‘normal’ packets.

Some will complain about the added cost of faster, more capable Internet backhaul needed to provide the ‘Fast’ public expects. We’ll touch more on that in the next post about ‘Free’ part of public Wi-Fi.

Some anecdotal evidence stories. The fastest connection I’ve ever received from a Hotel Wi-Fi was the free service provided by a very inexpensive Motel 8 in Warner Robbins Georgia. Easily one of the cheapest hotel’s I’ve ever experienced. But the Wi-Fi connection consistently gave me 100+Mbps across a variety of services I tested. (Even tested back to devices on my office network to take the ‘speedtest.net’ phenomena out of the picture).

Some of the slowest hotel connections are those where I’ve had to pay for the privilege of using their Wi-Fi – things as low as results in the Kbps!

Speed is a known issue when it comes to Public Wi-Fi – you don’t have to be fantastic, just enough to meet the expectations of the public. I’ve heard from ISP’s the true net throughput from most connections is in the 1.5Mbps to 3Mbps range. That should be a good starting point for your target per device throughput. 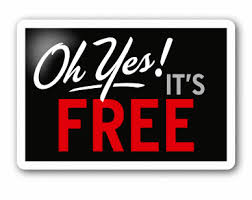 I know this one is going to cause some consternation with folks who like the seemingly easy sale of pushing Wi-Fi that “pays for itself”. But I again plead for you to think of how you personally like to access the Internet. I doubt any of you reading this enjoy paying for something that is normally free in other locations.

The simple truth is Wireless LANs cost money. They cost money to design, install, and maintain. There is also the on-going cost of providing the Internet backhaul. Yes there are some substantial costs involved. But no more so than other free public services businesses provide their customers all the time.

And that is just to name a few that came to the top of my head. Businesses provide services to their customers all the time. Yes, I agree, there are situations where a business charges or controls access to bathrooms, parking, or charges for breakfasts. Yet the majority of businesses pay for these services because it is just good for business!

The up-and-coming trend in our industry is to charge back customers for accessing the ‘Free’ public Wi-Fi by making a ‘trade’. If the customer wants to access the Internet, just click a couple of buttons, watch a few advertisements, and Like on Facebook. These exchanges are rarely understood by the end customer, and the provider now owns the data concerning the customer.

Those who sell to providers think this is a great thing. It again allows them to sell Wi-Fi that “Pays for itself”. Rather than sell Wi-Fi as a service provided to bring in new customers and maintain them. Those I’ve spoken with ignore any complaints and try to not think of the social implications stating, “It is up to the provider to deal with privacy and security issues, we just sell the solution.”

Yet these are the same folks who actively promote the analytics, and tracking features that put privacy in jeopardy.

Free should mean just that. No cost. No exchanges. Nothing traded. Just plain free. Businesses don’t charge every time you ride an escalator, or every time you throw something in a waste bin, or every time a security guard keeps a shopping mall safe from pickpockets. So why is it even thinkable to charge for accessing another public service? You don’t charge a per use fee for availing oneself of restroom facilities, or even force someone to watch an advertisement before you let them ride an elevator. Don’t do it with Wi-Fi as well!

This final description of good public Wi-Fi is another one with lots of controversy. First a caveat, if you live in a country which has some crazy law which forces a solution other than this easy one – obviously you’ll need to follow the laws of your country. Or better yet, lobby to remove such crazy restrictions!

Easy can be described quite quickly… to access a Wi-Fi SSID, the end user must click on theSSID once. After that, the client device remembers the SSID and joins automatically from then on.

No captive portals, no additional sign on of any kind. Simple, easy and what end users want. Plain and simple.

What I am proposing here is not new. Many large multi-national corporations are now embracing this simple, easy way of accessing their public Wi-Fi.

Let’s address some of your concerns. First, many assume incorrectly you need to have some sort of captive portal in order to have end-users click on a terms of service to limit liability. I’ll answer this with a couple of examples.

First up, Disney. Disney is a huge multi-national corporation with massive teams of lawyers. Much of their value is in their copyrights, intellectual property, and the like. They care a lot about meeting the laws and restrictions placed upon them.

Yet the public Wi-Fi in the Disney parks is completely free of any form of captive portal. You click on the Disney SSID, and you are in and running. Next time you return to the park your device just works.

I’ll repeat that once again for emphasis. Your device just works! It works just the same as when you return to home or work. The device joins the SSID, gets and IP address, default gateway and DNS, then has direct access to the Internet. (they might be doing some sort of bandwidth shaping – but I didn’t have tools to examine it further)

So if Disney, with all its legal might, found it not necessary to have a captive portal. Why are you?

Second – the chain of LaQuinta hotels. Their CEO asked explicitly to have their hotels act as a second home for their customers. They want the experience to be as simple and easy as it is at home. Not just by having comfortable beds, free breakfasts, and clean rooms. But the Wi-Fi experience needs to be just like home. After the first time connecting to the LaQuinta SSID, every time after your device just works.

See a pattern here. We want the Public Wi-Fi experience to be the same everywhere. It just works!

If Disney and LaQuinta can do this – provide Fast, Free and Easy public Wi-Fi, what is stopping you from providing the same?

Some say, “What about losing the branding opportunity.” – do you really think end-users care about hitting a splash page with your logo, that slows down their experience, makes them think more or less of your brand?

To provide the easy part of a Public Wi-Fi solution, just think what you’d want for your own personal experience?

Here is the biggest bugaboo concerning Fast, Free and Easy Public Wi-Fi. By definition, this is an open and unsecured network. Sure, we can put on the client isolation feature to help keep client devices from hacking each other. But that is a weak answer. The Wi-Fi packets are freely floating in the air, easy for people to sniff and analyze.

We all know an Open network is just that, open and publicly accessible. There are checklist and tips on how to keep oneself safe when on a public hotspot.

Sure – your banking and online shopping might be more secure being on an SSL-encrypted site. But there are lots of attacks that can mimic in some fashion those sites and allow for man-in-the-middle type attacks to capture valuable information.

First solution would be to use a personal VPN – but not everyone is willing to pay for that as an answer to this problem. So most just trust their SSL sites to not be hacked and go on their merry way.

In the future as Hotspot 2.0 is more available, we’ll be able to add back in security to Public Wi-Fi. But it comes at quite a cost. We may loose many of the features of Fast, Free and Easy Public Wi-Fi. It has yet to be implemented widely, and it seems to be popular with the larger carriers as an additional way to maintain control over their customer base.

So perhaps the best solution for the security issue is end-user awareness and training to keep them safe as possible. As for enterprises, they can enforce a VPN-only access in to their online corporate assets.

Thanks for your time in following along with this series on Fast, Free and Easy Public Wi-Fi. As always, your comments and suggestion are welcome.