Rick shares his methodology for problem-solving which allowed him to successfully fulfill a customer’s last-minute request for a measurable voice over IP report.

You can read a written summary of Rick’s presentation here: https://www.wlanpros.com/steinersolutionsummary 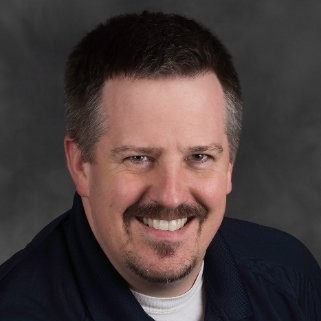 Telecommunications professional with a vast range of experience across the Structured Cabling, Fiber Optic, Wireless LAN, and Networking realms.

Want to get ahold of Rick? Click on the social media buttons below or email him at rsteiner@airopath.com and be sure to check out his company website www.airopath.com

The other day, I attended a boot camp and I happened to sit by Eddie Forero and he looked at me after I was discussing a couple of things with him and he says, “Why aren’t you presenting?”

So when Keith opened up the option, I submitted this and thank you to both of you for allowing me to come and speak. So what I want to talk to you about today basically is a problem that I encountered and the methodology to solve my customers requirements. Let’s say to provide them with a nice report and feel good response. So first of all, I work for a small company called Airopath out of Seattle, Washington. Because we are so small, I happen to be the subject matter expert for the organization. And my official title is Senior Systems Engineer. Now, I was looking on Facebook, don’t judge, but I ran across a company that was putting out these wonderful joke shirts and things like that. And so, their definition of a senior systems engineer, I decided to adopt as my job description.

Give you a second to read that. So, I convinced my boss I gave this to my boss and actually he’s my CEO. And so I said, “Hey, I want a sweatshirt that says this.” And he goes, I think that’s fantastic. Go ahead and buy it and expense it. I went, “Woohoo!” Well, there’s one problem with having this as your job description. It means that everything comes to you to solve. So one day last year, my CEO, again, he’s also one of our primary sales guys. He comes to me and he says one of our customers who wants a validation now has added on. I’ve already given the quote. I’ve already told him how much it’s going to cost. But now they want to add on this option. Can we do some sort of a voice over Wi-Fi analysis for him? And being the wonderful, good little engineer that I am, and, of course, being afraid of losing my job, if I said no, I said “YES!”. So here’s the problem that he wanted me to solve. He wanted me to provide a measurable voice over IP report to our client with statistics for the customer.

I was supposed to use the tools that I already had. Meaning I had no additional budget. How often does that happen, right? And I needed to do that in the time that he had already quoted them for a standard validation. So after I went to him and I said yes, I went and looked at myself in the mirror. “How in the heck am I going to do this?” So since I’m not a voice over Wi-Fi or voice over IP expert, I went ahead and had to learn. But before I learned, I had to figure out what I had on hand. And obviously I had a Sidekick. I had Ekahau Pro. I had the wonderful little tool, the previous version, the black version of the WLAN Pi, I had my laptop and of course, I had my greatest tool of all, my brain. So the first thing, again, like I said, I had to learn, I had to learn what it was that could be used as a measurable statistic for voice over Wi-Fi.

And so the first thing that I did is I found that voice over IP networks are usually evaluated by what’s called the Mean Opinion Score. Now, really quickly, the Mean Opinion Score is essentially a 1 through 5 rating where 5 is the best. And it’s based off of some studies that they’ve done with people who were testing call quality and audio quality who gave different scores.

And these geniuses who created these wonderful methods to do this figured out that certain parameters that we can measure can actually be turned into this score that will give an evaluation of the call quality overall without having to have 100 people sitting on phone calls and telling them what the phone call look like. So it’s derived on calculations based out of jitter, latency, and packet loss. And so now that I know this, I said to myself, is there anyone doing this that I can emulate? Well, my Google-Fu found a wonderful blog post. The title is up there from Panos of NetBeez. And in it, he discussed basically how NetBeez derives their MOS scores. So I went ahead and said, OK, now how do I collect the data? So my first thing was alright, packet loss. I can use Ping and I can use either my laptop or I can use the Ekahau Pro active survey ping option.

The biggest challenge that I had with that, though, is that, first of all, with the ping on the laptop, obviously, I’m going to have to start it first. I mean, I have to record that in some way. And then the other problem that I had was with the Ekahau Pro Active Survey, it will only Ping the gateway. Well, we all know the gateways are busy. So that wasn’t gonna work. So then for latency, I was using Iperf3 or Iperf2 with the UDP option enabled. Again, I could use my laptop or Ekahau Pro using the throughput option on Active Survey. For jitter, I can do the same thing. So my key though was I had to collect this in the smallest amount of time possible.

So my decisions based on this is, for packet loss I went ahead and used ping to my WLAN Pi, a known endpoint that didn’t have really anything else that was running on it so it could respond a lot better. And I decided to use a program called hrPing that Windows uses to pipe that into a file so I could actually use the stats and relook at everything later. For latency, I use ePerf again going to the WLAN Pi using Ekahau Pro throughput option. For jitter, same thing ePerf WLAN Pi to Ekahau Pro. And the reason that I picked the continuous option is one I could gather the passive data, but two how often do we stand still and talk on phones anymore? We don’t. So we walk around all over the place. So I decided I’m going to go ahead and use continuous even though I know Blake told me in the advanced course not to use it. So anyway, so I’ve got my data. So now what? Well, Panos’ blog told me basically all of the different things to go through and use to figure it out. And so basically this is an example of all of the different calculations that are being used if you want to understand kind of the thought processes behind it. I suggest you look at his blog, but I’m being a good engineer and I just basically stole it from him.

So there’s several different calculations. You’ve got three different steps. And then on the final one, you take the result of those three different steps and you spit out a MOS value. So the final thing that I did for my clients is I went ahead and I gave them my typical heat maps for the artist RSSI and SNR or whatever value that they wanted. But I used the jitter visualization to basically show them the most important factor within voice over IP, which has to deal with UDP jitter because that makes the call sound absolutely horrible. And then I gave them a written breakdown which basically discussed all of those mathematical calculations that I showed you and came from Panos’ blog. So as I put this up for my contact info and yes, that QR code should work. I wanted to just basically say that the final results I broke out into a “per floor” and I basically did like at a low number, a high number and a median number. And pretty much where it came out after using this method is each floor came in somewhere between 4.0 and 4.5, depending upon where we went with the design that was put out. So anyway, thank you all for your time. I appreciate it.