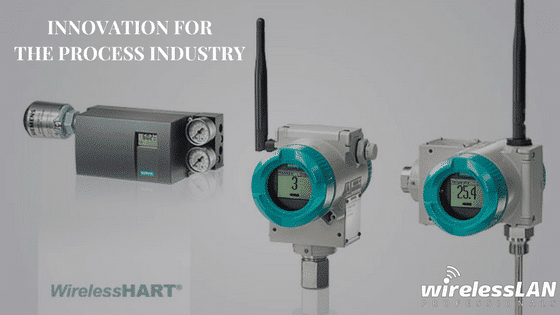 “The self-configuring and self-healing network based on mesh technology.”

Troy Martin, shared with us on Wireless LAN Professional Podcast Episode 121 about WirelessHart and its impact in the industrial space. WirelessHART was developed by the HART Foundation and was originally based on a wired standard. This was amended in September 2007, with enhancements to the protocol which gave rise to the new wireless sensors.

WirelessHART is a prime example of the use of internet of things (IoT) to help in process automation. It has enabled greater safety and preventative measures in the industrial space. By simply installing extra sensors a plant can greatly increase the data flow sent to the process control system. This increases the site’s visibility and the potential to mitigate the effects of critical situations that otherwise would have required a corrective approach. By using more of a preventative approach, WirelessHART is helping ensure that plants are operating at optimal levels and reducing the likelihood of possible plant shutdowns.

1. Measuring Devices – These devices are configured in a similar manner to the wired devices with two exceptions, the WirelessHART devices include both a “network id” and a “join key”.

2. WirelessHART Adapters  – The adapters are used to enable the wired devices to perform wireless functionalities. These adapters allow for both process variables and the diagnostic measures.

3. WirelessHart Gateway – The gateway has a network manager that can optimize traffic through the network, security manager and forms the mesh network.

Battery life ranges from 3 to 8 years

WirelessHART operates on the IEEE 802.15.4 standards which allow for the use of low powered sensors that are powered by battery packs. These batteries are designed to last typically 3-8 years due to low power functionality of the sensors and also since updates with the sensors are quite infrequent. The updates are generally triggered when something changes.

WirelessHART also operates on the 2.4 GHz ISM band since the online spectrum signals tend to propagate a bit further. This allows for the ability to space out the sensors and antenna a bit further apart.

Gateway itself can support up to 100 sensors

The mesh network comprised of the gateway can support up to 100 sensors. While the gateway is able to sustain 100 sensors, if the updates are aggressive, meaning updates within a 2-second interval, it would be best to have fewer nodes. As a rule of thumb and some general guidelines for design, if you are looking for a mesh that supports many sub two (2) second updates, it would be best to have roughly 20-40 nodes per gateway. Also, it is best to not exceed 7 hops out from the root of the gateway. In terms of designing the mesh, another rule of thumb is keeping at least 5 sensors within 1 hop from the gateway and having at least 3 neighbors to allow for the diversity of the paths.

WirelessHart offers the ability to take advantage of various types of diversity in the mesh network. Spectral diversity is accomplished as every frame that is sent, the following frame is sent on a different channel based on the schedule sequence. You also gain exposure to spatial diversity as the gateway is also responsible for figuring out when the sensors will transmit the data, at what time they will send and what channels they will be sending on. Temporal diversity is also accomplished as the frame will potentially resend a duplicate if the first one wasn’t sent successful but at different times.

Encryption at a higher level

An interesting fact to note about WirelessHART, is that encryption is not done at layer two, but it is achieved at a higher level and so it offers greater security within the 802.15 frame header, as it is marked as though it was unencrypted traffic, but the payload itself its encrypted between endpoints so if you have one sensor that is going to a relay sensor towards the gateway, this sensor doesn’t have to see the payload that has been sent because it is encrypted between the gateway and the sensor.

WirelessHART technology will continue to be an active player in the industrial space and it is also important to note that with the WirelessHart, the more sensors you add the stronger, more resilient the mesh network becomes.