We’ve all known for years you can NOT ‘calibrate’ a Wi-Fi NIC. In previous blog posts many have talked about the reasoning behind this. Devin Akin even did a talk at a previous #WLPC on the subject of RF calibration – called Metrology.

I also wrote a post on the differences between ‘Calibration and Compensation’ you can refer to here: http://www.wlanpros.com/compensatenotcalibrate/

At the latest Wireless LAN Professionals Conference in Phoenix we setup a test best where attendees could test their own personal devices against a known AP – and so we could collect lots of data to see how devices compare against each other.

In the test the following were held constant:

Distance from AP at 8m
Height of devices
From the collected data, we performed a bit of statistical analysis to come up with the following chart showing the differences between devices. We did have many more devices in the test, but they were one-of’s or only a handful. For the devices, we ran analysis on we had 20-30 of each type. 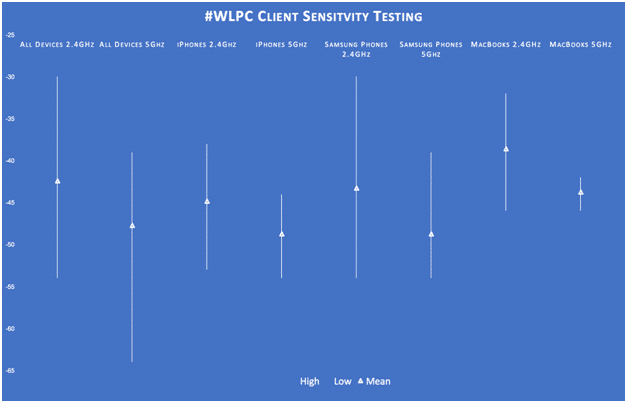 Note the huge differences in devices, and even same-device variability.

As one specific example – just comparing iPhone 6S devices against each other. We had one with an mean of -38dBm and another with only -52dBm. So, which of these devices would you use for doing your WLAN designs and/or validations?

It is NOT possible to calibrate in Wi-Fi – since you can’t even calibrate between two like devices.

Here are the statistics from the devices shown in the first large comparative graphic. 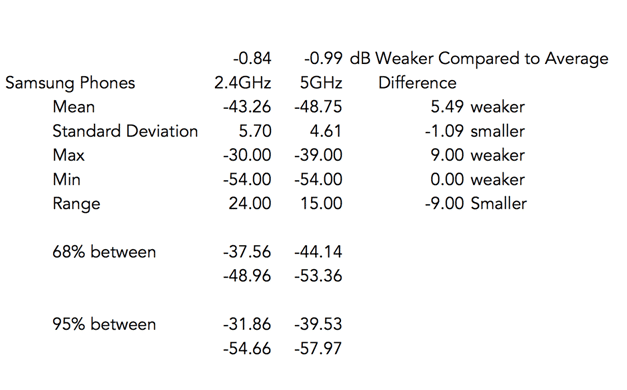 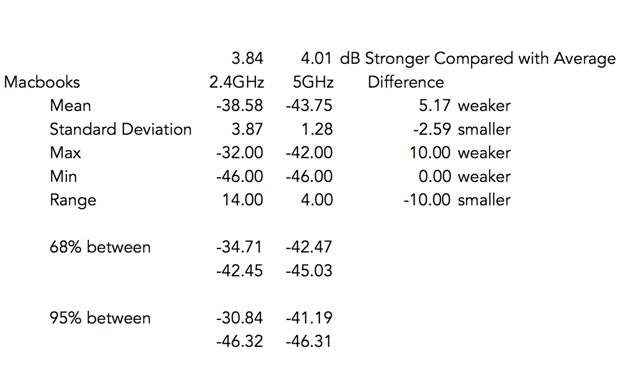 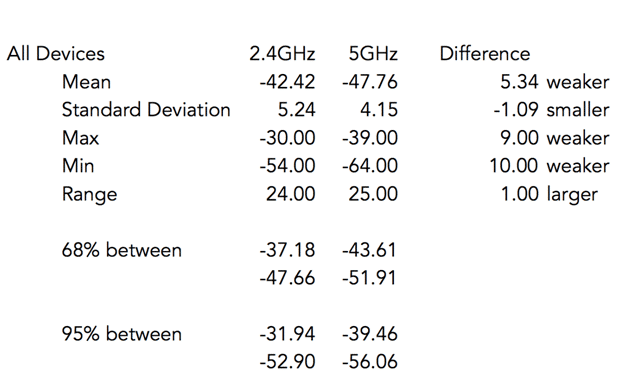